I don’t usually read YA books. As I get older I noticed that I have this low tolerance for whinny, bitchy, annoying teenagers that we typically read in a YA novel. So I usually brace myself before I read one. Before I continue, this is what this book is about;

Lina is spending the summer in Tuscany, but she isn’t in the mood for Italy’s famous sunshine and fairy-tale landscape. She’s only there because it was her mother’s dying wish that she get to know her father. But what kind of father isn’t around for sixteen years? All Lina wants to do is get back home.
But then she is given a journal that her mom had kept when she lived in Italy. Suddenly Lina’s uncovering a magical world of secret romances, art, and hidden bakeries. A world that inspires Lina, along with the ever-so-charming Ren, to follow in her mother’s footsteps and unearth a secret that has been kept for far too long. It’s a secret that will change everything she knew about her mother, her father—and even herself.(Goodreads)

In all the YA protagonists that I’ve encountered so far, I can safely say that Lina is the only mature one. She honestly changed my perspective a bit. In the beginning of the story she comes off as this annoying girl, but as the story progress I slowly realized how mature Lina was. Mature enough to the point wherein she actually managed to handle all the changed life threw at her. Aside for my new found adoration of Lina, I also found the actual story quite engaging. I enjoyed the author’s humor and how she actually laid out the story. It truly feels like you are experiencing things with Lina. And that twist! I have to admit that it was easy to spot what was wrong but I still enjoyed it just the same.

Another thing I liked about this book is the location: Florence, Italy. I read Dan Brown’s version of Italy but there is something light about the Italy described by Welch. It was very touristy but still fun.

Now will I recommend this? Yes! If you want something light to read on a summer day, this is a good book.

There you go guys. I will stop here because I fear that it’ll be longer if I continue. I want to know what your thoughts about this book. Did you read it? If so, did you like it? Please let me know in the comments below.

Thank you for reading. Have a wonderful weekend and I’ll talk to you on my next blog. 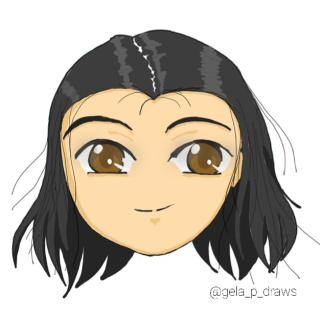 Hello there. I'm Angela, the human behind this blog. This virtual corner of the internet will contain my thoughts and views about books that I've read and some anime that I watched recently. So grab the beverage of your choice, and enjoy.